En
Ru
En  Ru
Login / registration
ABOUT CITY
There are more than 250 museums in St. Petersburg. The two largest museums of the world — the Hermitage and the Russian Museum that St. Petersburg can be rightly proud of. The world art collection of the Hermitage is richer than the collection of the Louvre. This is one of the oldest museums in the world, which is located in five historic buildings in the city, including the Winter Palace — former residence of the Russian tsars. There are more than 80 theater groups, including world famous former Imperial theaters: the Mariinsky Theatre and the Mikhailovsky Theatre. St. Petersburg is a city of high musical culture. The city has many concert halls, such as the D.D. Shostakovich St. Petersburg Academic Philharmonic Society, the M.I. Glinka State Academic Capella of St. Petersburg, the only in Russia – St. Petersburg State Jazz Philharmonic Hall.

St. Petersburg is also the largest scientific and educational center of Russia. There are 46 state universities and 30 private universities. In St. Petersburg, there are 122 medical establishments which employ 177 members of medical personnel for every 10 thousand residents.
ST. PETERSBURG
St. Petersburg is one of the most beautiful cities in the world. It is a treasure trove of outstanding architectural monuments, museums, churches and cathedrals.

According to UNESCO, St. Petersburg ranks eighth in the list of the most popular and attractive cities in the world, and it is not surprising because the city was created by a genius of the best architects and builders of Russia, Italy, France, Germany, Holland, and Sweden. There is practically no European country, the native architects and builders of which have not been working in St. Petersburg.

St. Petersburg is a major center of the world and Russian culture. Here, a unique cultural and historical heritage is accumulated; more than 80% of the monuments of the XVIII-XIX centuries are the originals.

St. Petersburg is often called the "Venice of the North", the "cultural capital of Russia", the "city of white nights", and the "city of secrets". No wonder that St. Petersburg has so many names: for three centuries it has become a major center of the global and Russian culture.
gestosis2017@ctogroup.ru
+7 (495) 646-01-55 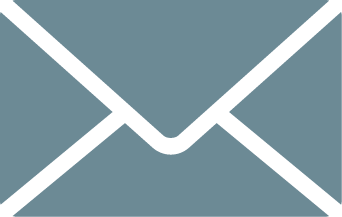 Technical organizer:
Back to top